Welcome to the first in a series of blogs on UNECE Regulation 10.

In the first few blogs we will cover the fundamentals of Type Approval and the processes involved in obtaining an ‘E’ mark.  Subsequent blogs will cover the various EMC test requirements set out in UNECE Regulation 10, Revision 5 (hereafter referred to as R10.05) in detail.

Testing is only part of the process when it comes to Type Approval, the documentation aspects are as important and often delay granting of approvals, despite having passed the applicable tests.

WHAT IS TYPE APPROVAL AND WHY DO I NEED IT?

Type Approval is a formal process whereby a Type Approval Authority issues a certificate confirming that a given Type of vehicle, sub-assembly or component/separate technical unit (STU) meets an applicable requirement for use on the public road.  There are many different mandatory requirements for vehicles and components/STUs covering subjects such as [gaseous] emissions, braking, vision, lighting, and, the subject of this blog, electromagnetic compatibility (EMC).  For most components/STUs and for vehicles these are legal requirements and appropriate Type Approvals must be obtained before registration and/or sale of the vehicle.  It should be noted that this is an over-simplification as there are circumstances where components/STUs do not require Type Approval.

In Europe, there are presently two systems of Type Approval in operation.

In all cases these European Community directives (EC and EU) either require ‘e’ marking or ‘E’ marking to a delegated UNECE Regulation.

The United Nations European Commission for Europe (UNECE) publishes a series of regulations (currently 143) for systems and components.  Type Approval to these regulations require ‘E’ marking.  The UNECE does not presently have a whole vehicle type approval regulation, however there is one in preparation an outline of which is available at: http://www.unece.org/fileadmin/DAM/trans/doc/2010/wp29/IWVTA-02-07e.pdf.

A number of the UNECE Regulations, including R10, have been adopted by the EC Directives and replace former EC Directives covering the same subjects.  In the case of EMC, Type Approval to R10 is now the route to compliance superseding 2004/104/EC (as last amended by 2009/19/EC) in November 2014.  Thus, the ‘e’ mark mentioned earlier, has been superseded by the ‘E’ mark for EMC Type Approval.

Under EC Directives and UNECE Regulations the process of Type Approval is essentially the same and comprises the following steps:

The second and fourth blogs in this series cover Steps 2 and 4 respectively, with subsequent blogs covering the different types of testing set out in the Annexes to R10.05.  The final blog will cover Post-Approval.

There are [presently] 28 EU Member States that must implement and administer the various EC and EU Directives.  Choosing an Approval Authority in any one of these Member States allows free movement of the vehicle, component/STU within the EU.

There are presently 52 Member States that are signatory to the 1958 Agreement, which is the UNECE treaty governing Type Approval.  All 28 EU Member States are signatories and an approval granted by any of the 52 Approval Authorities will be accepted by the other 51.  The most notable countries that are not signatory to the 1958 Agreement are the United States of America, and China, who operate their own systems.

Before agreeing to worst-casing with the Technical Service, the manufacturer, which in this context means the approval holder, must complete an information document.  In the case of a vehicle this is Annex 2A of UNECE R10.05, and in the case of a component or STU Annex 2B.

The information document contains details of the subject of the approval, lists of variants, drawings, circuits, PC board layouts and electrical information.  This document is appended to the approval certificate and forms a part of the Type Approval.

Every product produced under the Type Approval must exactly match what is contained within this document.  Any deviation invalidates the Type Approval and could lead to punitive measures from the Approval Authority.  The blog on Conformity of Production covers this subject in a little more detail, and the final blog in this series on Post-Approval covers the process of extending the Type Approval to cover changes in production.

Section 5 of R10.05 sets out the format of the E mark to be applied to the component/STU and examples are provided in Annex 1.  Briefly, this comprises the letter ‘E’ followed by the number of the Approval Authority issuing the approval (e.g. E1 = Germany, E4 = The Netherlands, E11 = United Kingdom, E13 = Luxembourg, E14 = Switzerland, E22 = Russian Federation, E24 = Ireland, E62 = Egypt) enclosed within a circle followed by ’10R’ the revision number of the regulation applied, in this case ’05’ and then the approval number.  A schematic can be found in the white paper link at the end of this blog post.

The next blog in this series covers the subject of Conformity of Production (CoP) and explains why this is a critical part of the approval process. 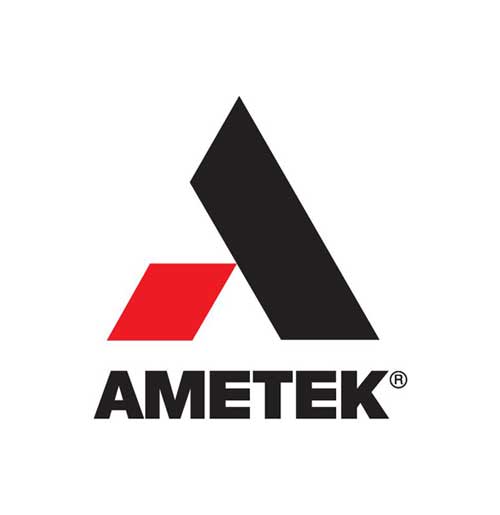 Review of the EMC Filters Kit from Würth Elektronik
Next Post »

Sponsored by Schurter SCHURTER’s innovative FMAD CEE and FMAB CEE connectors, according to IEC 60309, feature a first of its kind integrated line … END_OF_DOCUMENT_TOKEN_TO_BE_REPLACED

10 inches narrower and 20 pounds lighter than a standard 4x60/100 amp filter panel, with no reduction in performance or quality. Designed for secure … END_OF_DOCUMENT_TOKEN_TO_BE_REPLACED

Presented by AH Systems - This bilogical Antenna provides an inexpensive solution to wide band applications. Whether testing inside a shielded … END_OF_DOCUMENT_TOKEN_TO_BE_REPLACED