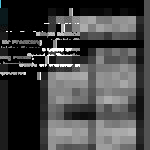 For a shielded cable, an approximate relationship valid from few kHz up to the first cable resonance can be derived from its Transfer Impedance (Zt) allowing to predict the cable shielding factor. This Cable Shielding factor, as a figure of merit, is often preferred by engineers dealing with product specifications and early design. Being not necessarily EMC specialists, they can relate it directly to the overall shielding performance required for a system boxes or cabinets.

This article comes up with very simple, practical formulas that directly express the cable shielding factor Kr, given its Zt and frequency.

Expressing the effectiveness of a cable shield has been a recurrent concern among the EMC community, and, more generally, for the whole electronic industry. This concern comes from a legitimate need to predict, measure, compare and improve the efficiency for a wide variety of shielded cables, such as coaxial cables or shielded pairs and bundles, having themselves various types of screens: braids, foils, spiral, corrugated, woven etc.

However, when it comes to decide what would be a convenient, trustworthy characteristic for a cable shield, several methods are in competition: Shielding Effectiveness (SE,dB), Surface Transfer ( Zt, Ohm/m) or Screen Reduction Factor (Kr, dB).

Although Transfer Impedance Zt is a widely used and dependable parameter, SE or Reduction Factor Kr as a figure of merit are often preferred by engineers dealing with product specifications and overall  design, because they can relate it directly to the whole shielding performance required for the system.  It would be a nonsense to require 60dB of shielding for a system boxes or cabinets if the associated cables and their connecting hardware provide only 30dB, and vice-versa.

a) Shielding Effectiveness, as defined for any shielding barrier is given by:

By illuminating the tested sample with a strong electromagnetic field, this approach is coherent with Shielding Effectiveness definition for a box, a cabinet or any enclosure, with SE being a dimensionless number. Since it would be unpractical to access the remaining E (or H) field inside a cable shield, meaning between the sheath and the core, it is the effect of this incident field that is measured instead, for instance the core-to-shield voltage.

However, there are several drawbacks to this method:

b) Transfer Impedance (Zt), in contrast to SE, is a purely conducted measurement method, with accurate results, typically within 10% (1dB) uncertainty. But Zt, being in Ohm/meter has a dimension and cannot be directly figured as a shield performance .

c) Shield Reduction Factor, Kr reconciles the two methods, by using the best of Zt – the benefit of a conducted measurement, and of SE : the commodity of a direct  figure in dB.

DEFINITION OF THE SHIELD REDUCTION FACTOR

We can define Shield Reduction factor (Kr) as the ratio of the Differential Mode Voltage (Vd) appearing, core-to shield at the receiving end of the cable, to the Common Mode Voltage (Vcm) applied in series into the loop (Figure 1).

This figure could also be regarded as the Mode Conversion Ratio between the external circuit (the loop) and the internal one ( the core-to-shield line).

Slightly different versions of this definition are sometimes used like:

Vd1 : differential voltage at the receive end when the shield is not there (disconnected)

Vd2 : differential voltage at the receive end with the shield normally grounded, both ends.

This latter definition would be more rigorous, somewhat reminiscent of the Insertion Loss used in EMC terminology, i.e. it compares what one would get without and with the shield, for a same excitation voltage ( see Fig. 1, B). This eliminates the contribution of the core wire resistance and self-inductance, since they influence identically Vd1 and Vd2.

Let’s express Vd, using the classical Zt model, assuming that the near end of the cable is shorted (core -to-shield) :

where l :  length of the shielded cable

We can replace Vd by its value in the expression of Kr:

Zloop itself is a length-dependent term, since it is simply the impedance of the shield-to-ground loop, which for any decent shield is a lesser value than that of the core wire plus the terminal impedances.

Lext = self-inductance of the shield-to-ground loop

Replacing Zloop by its expression:

Thus, we reach an expression for Kr as a dimensionless number, independent of the cable length:

This expression is interesting in that it reveals three basic frequency domains:

a) for Very Low Freq., where the term ωLt is negligible, Zt is dominated by Rsh :

≈ 1 (0dB) below few kHz, since the lower term, loop impedance reduces to Rssh

b) at medium frequencies ( typically above 5-10kHz for ordinary braided shield) :

c) at higher frequencies (typically above one MHz), up to first < λ/2 resonance :

The Reduction Factor stays constant , independent of length and frequency.

A quick, handy formula can be derived, which is valid for any frequency from 10kHz up to first < λ/2 resonance :

The value for Zt being that taken at  the frequency of concern.

(*) Several formulas have been proposed in the past for expressing a cable shield effectiveness based on its Zt. An often mentioned quick-rule is : Kr (or SE) dB = 40 – 20 Log ( Zt. l) . Although it are correct  above the ohmic region of Zt, it can give widely optimistic results, like 50dB or 70dB at 50/60Hz where an ordinary shield has no effect at all against Common Mode induced Interference.

CALCULATION OF Kr WHEN LENGTH IS APPROACHING OR EXCEEDING λ/2

When the dimension of the cable reaches a half-wave length, one cannot keep multiplying Zt(Ω/m) by a physical length which is no longer carrying a uniform current. In fact, the “electrically short line” assumption becomes progressively less and less acceptable when cable length “l” exceeds λ/10 .

With the cable being exposed to a uniform electromagnetic field or to an evenly distributed ground shift, a typical case with CM interference, the shield grounded both ends behaves as a dipole exhibiting self-resonance and anti-resonance for every odd and even multiple of λ/2, respectively. Accordingly, current peaks will take place periodically for every odd multiple of λ/2, resulting in a worst-case value of Kr.

*Some tests set-up for measuring Kr are based on end-driving of the cable shield by a 50Ω generator, which introduces also λ/4 resonances. A quick discussion on this artefact is presented in Appendix .

One must also take into account C’, the actual propagation speed in the cable-to-ground transmission line, where C’ is slower than the ideal free-space velocity C. Typically C’ = 0.7 to 0.8 C. Therefore, the actual wavelength in the cable to ground loop is :

If we align our calculations to the most detrimental conditions, the worst is reached (Figure 3) at the first λ’/2 where the received voltage Vd is maximum (due to a current peak) resulting in a low value for Kr. This is translating correctly the actual situation where, for a uniform field exposure, the victim receiver circuit will see a higher interference.

Beyond this first resonance point, for a constant CM excitation, the termination voltage Vd will run through a succession of peaks ( at odd multiples of λ’/2) and nulls. Yet, the amplitude of the peaks will not exceed that reached at first resonance.

Simply considering that the length of “electrically active” shield segment is limited to  λ’/2, Vdmax can be predicted as follows:

Zt = transfer impedance at frequency of concern corresponding to λ’. At such frequency, Zt is dominated by Lt, the shield transfer inductance

Frequency cancels-out in the equation, so reducing all the variables and using more practical units like Lt in nH/m :

We can furthermore express Ishmax for a shield grounded both ends illuminated by a uniform field ( typical EMI susceptibility scenario) :

Combining Eq. 4 and 5 we get a simple expression for worst case Kr above resonance:

A FEW PRACTICAL RESULTS FOR Kr, BELOW AND ABOVE FIRST CABLE RESONANCE

The following figures show some calculations using the formulas of this article, and test results.

Figure 4 shows calculated results on a 5m long good quality single braid coaxial cable, 1 meter above ground, with perfect 360° contact at connector backshell. On Figure 5, the curve shows the test results of a 5m coaxial cable where the shield has been is intentionally spoiled by a 10cm pigtail. The deterioration of Kr above 8 MHz is spectacular.

We have seen that when dimension of the cable approaches, or exceeds a half-wave length, the current on the shield follows a sinusoidal distribution with alternating phase reversals every λ/2 segment. This is complicated by the fact that, if the test set-up is based on a 50Ω generator driving one end of the shield, this latter appears as a transmission line shorted at the other end, subject to standing waves.  This mismatch causes nulls and peaks of current at every multiple of λ/4.

For the odd multiples like λ/4, 3 λ/4, 5λ/4 … etc., the null of current correspond to the generator seeing an infinite impedance. While the driving voltage is equal to the open-circuit value,  the current minimum  on the shield is causing a drop in the terminal voltage Vd, therefore the value of Kr artificially jumps to higher values. This effect is visible  on the figures, where Kr appears periodically better, then worse, than its average values. In the present paper, we have preferred to align the calculations on the worst case situation, not the most favorable one.

Michel Mardiguian, IEEE Senior Member, graduated electrical engineer BSEE, MSEE, born in Paris, 1941.  While working at IBM in France, he started his EMC career in 1974 as the local IBM EMC specialist, having close ties with his US counterparts at IBM/Kingston, USA. From 1976 to 80, he was also the French delegate to the CISPR Working Group , participating to what became CISPR 22, the root document for FCC 15-J and European EN55022. In 1980, he joined Don White Consultants (later re-named ICT) in Gainesville, Virginia, becoming Director of Training, then VP Engineering. He developed the market of EMC seminars, teaching himself more than 160 classes in the US and worldwide. Established since 1990 as a private consultant in France, teaching EMI / RFI / ESD classes and working on consulting tasks from EMC design to firefighting. One top involvement has been the EMC of the Channel Tunnel, with his British colleagues of Interference Technology International.

He has authored eight widely sold handbooks, two books co-authored with Don White and 28 papers presented at IEEE and Zurich EMC Symposia, and various conferences. He is also a semi-professional musician, bandleader of the CLARINET CONNECTION Jazz Group.

Presented by AH Systems - Engineers were not meant to be caged in cubicles or meeting rooms, engineers were meant to calculate. Their pencil … END_OF_DOCUMENT_TOKEN_TO_BE_REPLACED

Sponsored by Schurter SCHURTER’s innovative FMAD CEE and FMAB CEE connectors, according to IEC 60309, feature a first of its kind integrated line … END_OF_DOCUMENT_TOKEN_TO_BE_REPLACED