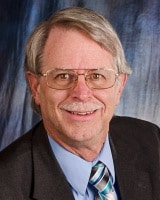 Cables are one of the key metallic structures on a product that can act as an antenna and couple energy, causing radiated emissions and possible compliance test failures. This has been discussed extensively in the literature on product design for EMI compliance. In many cases, they can resonate at their half-wave frequency and actually amplify any harmonic currents traveling along the cable shield near that resonance (or higher-order resonances). Very often, you’ll observe several broad resonant peaks in the emissions profile of a product under test.

One easy and quick way to characterize the resonant frequency of cables and wires in a product or system is to inject harmonic energy into the cable and measure the actual resonances. We can do this in a controlled manner by using a harmonic comb generator. In this case, we’ll use the new Picotest Labs Model J2150A, which can produce a multitude of harmonics at several clock frequencies.

I chose to use the 10 kHz square pulse, which offers a very high resolution, that is, it produces many closely-spaced harmonics. Because the output of the J2150A is DC-coupled, I used a Crystal CBLK-300-3 DC block to protect the generator output once I connected the (essentially short-circuit at DC) H-field probe.
The comb generator is powered via USB, so I merely plugged it into the Siglent SSA 3032X spectrum analyzer. One Beehive Electronics 100C H-field probe was connected to the comb generator through the DC block and the other was connected to the input of the spectrum analyzer See Figure 2 and 3 for the test setup.
The spectrum analyzer should be set to a frequency range of expected cable resonance – in this case I used 10 to 500 MHz. I set the input attenuator to zero dB, turned on the preamp, vertical scale to dBuV, reference level so one of the horizontal lines read “zero”, the resolution bandwidth to 120 kHz, and frequency scale to log.
I then laid the wire under test on top of a couple styrofoam blocks and taped the two H-field probes down so the tip of the probe just touched the wire. The two probes should be spaced a distance apart so the harmonic radiation from the one doesn’t couple directly into the other. The exact spacing is not critical.
You should see at least one primary peak where the harmonic content is resonant. See Figure 4. The wire under test was 62 cm long. This is equal to approximately 200 MHz resonance at the half wavelength of the wire in free space.
References:

Presented by Quell - Filter seals can be used to retrofit any connector with EMI and transient protection. Download this application note to learn … END_OF_DOCUMENT_TOKEN_TO_BE_REPLACED

Presented by AH Systems - Engineers were not meant to be caged in cubicles or meeting rooms, engineers were meant to calculate. Their pencil … END_OF_DOCUMENT_TOKEN_TO_BE_REPLACED

Presented by AH Systems - The antenna is one of the least understood components in an EMC test instrumentation set-up, and a poor choice of antenna(s) … END_OF_DOCUMENT_TOKEN_TO_BE_REPLACED