Good morning. My name is Graham Kilshaw and it is my honor to offer this eulogy in honor of my father in law – Bob Goldblum.

It was only 35 degrees outside when Bob was born, December 18, 1935 in Philadelphia, and the economy wasn’t that warm either. After all, most of the country was considered far from comfortable at that time. The Wall Street Crash had occurred just 6 years prior, and the effects of Roosevelt’s New Deal were only just beginning to show.

So like many, Bob’s parents, Harry and Rose Goldblum, were not wealthy. From those humble beginnings, Bob even remembered making ketchup sandwiches for lunch, but during the 70s, 80s, and 90s, he went on to become the epitome of the self-made man.

After repeating a year and finally graduating high school in West Philadelphia, he joined the US Air Force in 1954 and became a Radar Technician, which initiated his lifelong love of electronics. Taking advantage of the Korean War G.I. Bill, he went to Penn State University. I seem to remember Bob once telling me that he ultimately earned three things from Penn State:

Like many new graduates, Bob’s early career gained him valuable experience in his chosen field of electronics engineering. He worked at ARK in Willow Grove, Sylvania in Mass., and AEL in Lansdale.

Even by this early stage Bob was already a recognized specialist in the new, emerging field of EMI – electromagnetic interference; but this EMI thing was no esoteric, weird subject even if it seemed that way to some.

In the late 1960s the world was beginning to fill with electronics of all kinds – in our houses and homes, in our cars, in offices and factories and most critically in the field of military electronics. And interference was everywhere. So, it’s no exaggeration to say that Bob Goldblum, along with a relatively small group of other brilliant young engineers at that time, made sure that our world of technology today all works together successfully and safely.

While working at GE in King of Prussia around ‘68 on military and space projects, he helped to safely launch some of the early satellites; he helped to bring some of the monkey space flights safely back to earth; he helped to design safe systems for the Minuteman missile program and the underground nuclear tests in the Nevada desert at that time.

After a while, he realized that this new field of EMI needed a publication – and that he was the guy to do it. And so, in 1971, he started what ultimately became highly recognized as ITEM – the interference technology publication.

Many great businesses start in a garage; this one started in the family’s spare bedroom in Plymouth Meeting, until my wife Becky was born. And then Bob was kicked out into the garage. Family members stuffed envelopes with magazines, kids attached stamps and address labels, friends edited articles, printers gave him credit to get started – and a business was born.

Little did he know at the time that the publication would lead to connections with hundreds of companies looking for help in this new emerging field. And so by 1974, he was ready to leave GE to form yet another new business: offering consulting and engineering services to solve the increasing electronic interference problems in the world.

Working in a 400 square foot office above a local restaurant, Bob formed “Robert and Barbara Enterprises”, aka R&B Enterprises, which comprised both the engineering business and the publishing company. It’s a great testament to Bob’s first-to-market vision that both of those businesses continue to thrive today.

When you look around your world today, you wouldn’t know that so many of our electronics work because of his contributions.

He once described to me, after the British destroyer HMS Sheffield was sunk during the Falklands War in 1982, how he helped to solve the interference problem that caused that fateful attack. He once appeared in a New York courtroom, when the New York Timeswas wrongly accused by the typesetters’ union of the newspaper’s computers giving them cataracts. He worked on some really fascinating world-scale problems throughout his life.

But for Bob it wasn’t just about creating a successful business or career – he truly loved what he did. And he knew he was solving problems that affected the real world. Bob was an engineer, a teacher, a publisher, a writer, an entrepreneur, a speaker, an event producer… even an early video producer. The early video he produced on the subject was adopted by governments all around the world as one of their key training tools.

He was recognized and admired as a thought leader and an industry pioneer. He launched training companies, acquired an Israeli company, started a testing lab and yet still helped others to launch their own businesses along the way. He trained thousands of government and military employees from the US, NATO, South Africa, India and Israel on how to solve interference problems that would ultimately save many, many lives.

He helped to create the society that built an entire industry – the EMC Society. He was the society’s newsletter editor for 30 years, and was a lifelong member; he received numerous prestigious awards honoring his contributions to technology in the world today. But if you asked him, he would always credit those around him –his employees at R&B Enterprises, his mentors, his colleagues in the field, his friends, and the opportunities he was given – but rarely himself. Like I said, he truly loved what he did.

He once said in an interview that he “never considered himself a good businessman….” I can tell you as the young guy to whom he gave the opportunity of a lifetime 20 years ago that nothing could be further from the truth. Bob and Barbara – my family and I owe you a debt of gratitude for my own career. Bob, I’ll always remember two simple things you taught me:

Thanks for everything Bob. I’ll miss you…. 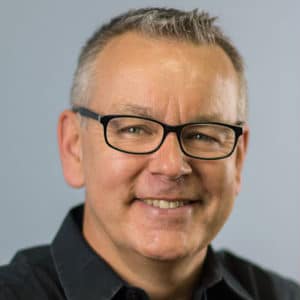 Graham Kilshaw is the CEO of Lectrix. Formerly ITEM Media, Lectrix, is a strategy firm, full-service marketing agency, and online event host dedicated entirely to the B2B electronics industry. As CEO he also oversees Lectrix’s two media brands, Interference Technology (dedicated to EMI/EMC) and Electronics Cooling (dedicated to thermal management). From his 20 years of experience as CEO, Graham has developed a comprehensive understanding of the business needs of the US and international electronics industry. Combined with his background in sales, media, and marketing, Graham has transitioned Lectrix from a traditional print publisher to a full-service marketing agency specializing in multi-channel marketing, events, content development, and sales enablement - all for its clients within the electronics equipment, components, materials, software, and testing service spaces. Visit Lectrix at https://lectrixgroup.com/.

Presented by Quell - Transient connector inserts are a good way to solve ESD or other transient protection issues in a wide range of military-spec, … END_OF_DOCUMENT_TOKEN_TO_BE_REPLACED