Donald N. Heirman, age 80, died October 30, 2020, in Lincroft, New Jersey. His wife of 45 years—Lois (Smith)—predeceased him in early 2009. Don will be alongside his wife at Arlington National Cemetery. He was a communicant of, and member of the choir at St. Leo the Great Catholic Church in Lincroft, NJ for over 50 years. 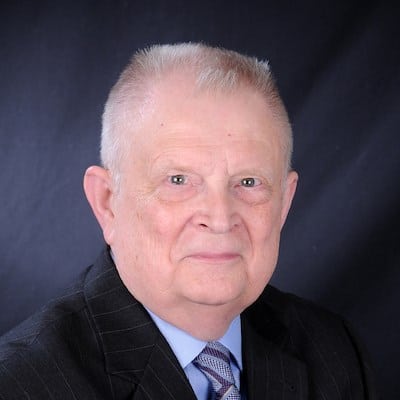 Don was on active duty in the US Navy from 1963 to 1965. He continued his Navy service in the Naval Reserves until1985 retired with the rank of Commander.

At the time of his death, he was president of Don HEIRMAN Consultants which was a training, standards, and educational electromagnetic compatibility (EMC) Consultation Corporation which he founded in 1997 after his early retirement from Bell Laboratories. Previously he was with Bell Laboratories for over 30 years in many EMC roles.

He is listed in several “Who’s Who” publications including Who’s Who in Technology, Who’s Who in Science and Engineering, and Men of Achievement. His contributions were vast to his EMC discipline where he has been called “Mr. EMC Standards”. A complete review of his career is on his website: www.donheirman.com

Visitation will be 4-7 pm on November 3, 2020, at the John E. Day funeral home in Red Bank, NJ. A Rite of Christian Burial Mass will be at 10:15 am, on November 4, 2020, at St. Leo the Great Catholic Church in Lincroft. A similar viewing and church service will be performed in his home town of Mishawaka, Indiana the next week. His final resting place will be at Arlington National Cemetery.

In lieu of flowers, it is requested that donations be made to the American Diabetes Research Foundation, 1701 N. Beauregard Street, Alexandria, VA, 22311. or

Presented by Quell - Transient connector inserts are a good way to solve ESD or other transient protection issues in a wide range of military-spec, … END_OF_DOCUMENT_TOKEN_TO_BE_REPLACED

In co-operation with EMC Standards, we are re-launching the event as “EMC & Compliance International” as an independent event back at the updated Newbury Racecourse. The Training Workshops by Keith Armstrong and the Technical Workshops also organized by Keith will be running alongside the exhibition. If you are in the EMC or related Compliance business, then this is an event not to be missed.

The IEEE Microwave Theory and Techniques Society’s 2021 International Microwave Symposium (IMS2021) will be held June 6–11, 2021 at the

The IEEE Microwave Theory and Techniques Society’s 2021 International Microwave Symposium (IMS2021) will be held June 6–11, 2021 at the Georgia World Congress Center in Atlanta, Georgia. You are cordially invited to join us in Atlanta at the intersection of communications, aerospace, automotive,

APEC is the leading conference for practicing power electronics professionals and addresses a broad range of topics in the use, design, manufacture, and marketing of all kinds of power electronics equipment. Join us June 9-12, 2021 in Phoenix, AZ.

The Applied Power Electronics Conference (APEC) focuses on the practical and applied aspects of the power electronics business. This is not just a designer’s conference; APEC has something of interest for anyone involved in power electronics:

APEC 2021 continues the long-standing tradition of addressing issues of immediate and long-term interest to the practicing power electronic engineer. Outstanding technical content is provided at one of the lowest registration costs of any IEEE conference.

August 28, 2020: Deadline for submission of digests

October 28, 2020: Notification that a paper was accepted or declined

November 20, 2020: Final papers and author registrations are due