For future articles we will also be discussing the following sections of DO-160 so stay tuned for more great discussions on these critical sections.

As discussed before, indirect lightning simulates the coupling of energy onto a products cables during a lightning strike. DO-160 separates testing of Section 22 into three sections; pin injection, single/multiple stroke, and multiple burst.

The letters in the requirement give the waveforms that will be tested whereas the numbers give the test levels. Different letters are assigned based on your aircraft environment. In section 22.3.1 an explanation is given to which waveform sets apply to which environments.

Carbon fiber composite structures cannot carry the current of a lightning strike as efficiently as metal. The induced waveforms on the cable is typically at a higher level and a longer duration. As a result, waveforms 4 and 5A are added to these waveform sets.

Thus, a natural grouping can be established as shown in Figure 2. 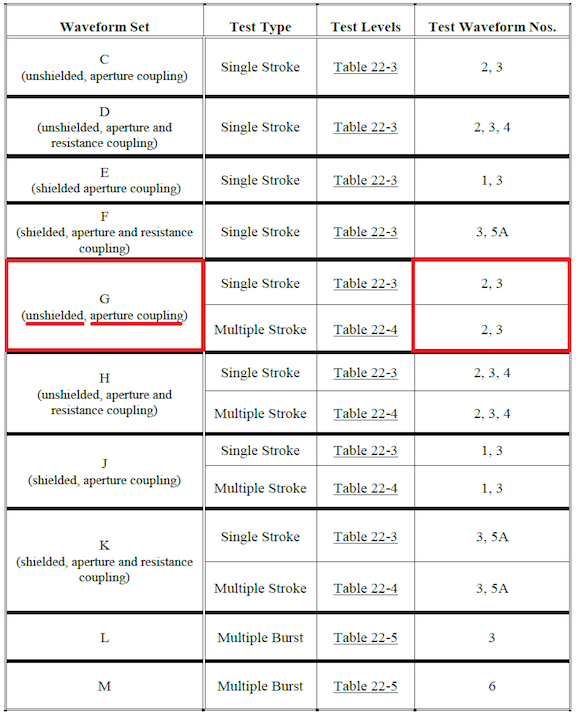 As seen in the example in Figure 1, cable bundle single/multiple stroke has a requirement of G4. The letter G indicates the waveform set and the number 4 indicates the test level. In figure 3 below, we can see that waveform set G requires the test waveforms 2 and 3. Looking at the test levels in figures 4 and 5 we can then trace to the level 4 requirement. This is indicated in red below. 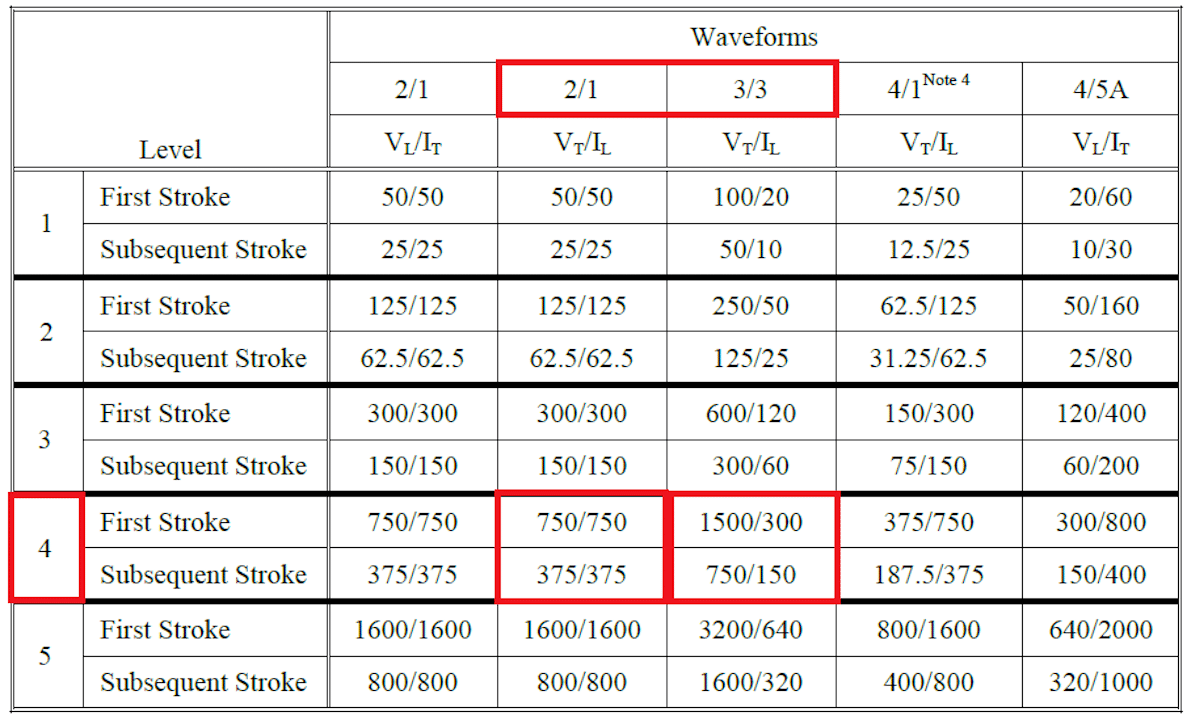 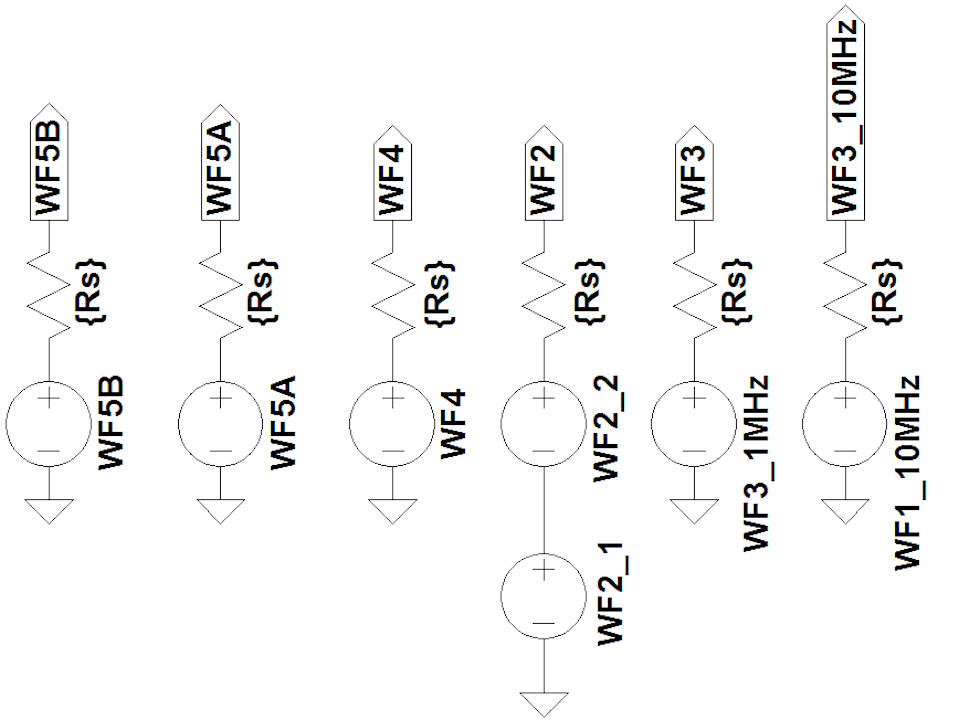 It should be noted that in multiple stroke the first test stroke is the highest followed by 13 additional strokes at a lower level.

Simulations should be done to ensure that your protection devices can handle these high surges. Additionally, simulations can and will show the overvoltage stress that may occur in downstream circuitry.

An example of your test environment can easily be constructed using these waveforms. Figure 7 shows one such example of using WF3 induced onto and equipment’s pin.

Figure 7: AerospacePal LTspice Example of WF3 Applied to One Line of an EUT

Much like multiple stroke, multiple burst injects a series of pulses onto your interconnecting cable bundle. Going back to the example requirement in figure 1, we see a requirement of L3. As shown below in figure 8 that translates to the following. 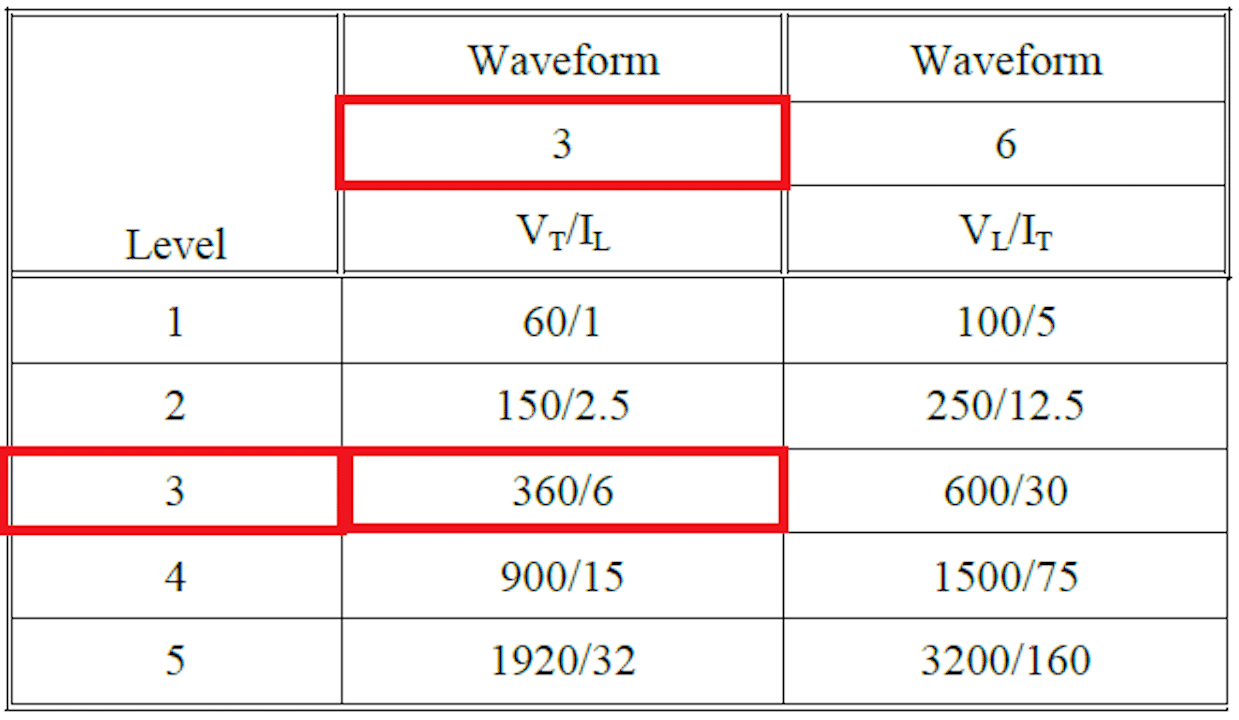 Though multiple burst is notably less severe in voltage and current than single stroke, it is applied many times in the course of less than one second. This cumulative energy can stress components just the same. However, if you’re testing to long-duration waveforms like waveform 5a, it is likely less total energy.

Multiple burst can also cause failures that might not be seen by less frequent transients like single stroke. When applying the 60 transients in a somewhat random time duration, it is more likely that a transient happens during what might be a critical moment for hardware or software. As seen in figure 9, the 60 transients are applied in a given range of time.

The acceptance criteria for cable bundle testing (single stroke, multiple stroke, multiple burst) is typically different from that of pin injection testing. As mentioned in my previous article, pin injection testing is a damage tolerance test meaning the unit under test does not need to function during the test. Rather, the unit is only expected to function after the test (and after a potential power cycle).

In contrast, most units during cable bundle testing have the expectation that the unit will function before during and after the test. That means that if a fault occurs during the test the unit fails the test. This can be particularly challenging for sensitive circuits that will have coupled energy from the test lightning strike.

This increased vulnerability makes it that much more important to simulate the effects of this transient on your unit.

DO-160 lightning induced transient susceptibility or indirect lightning is typically the most severe transient test in all of DO-160. From a damage tolerance perspective, pin injection testing (as discussed in my previous article) is typically worst-case because many products have shielding or in over braid that takes the majority of the lightning pulse during cable bundle testing. However, cable bundle testing requires the unit to operate through the lightning strike making the unit more susceptible to failure.

Thus, simulation of these circuits and the lightning strike applied should be done prior to spending top dollar at a professional testing house at Qualification. As discussed above you can use the tools provided by AerospacePal.com to quickly and effectively simulate your requirement and your circuit.

Next time you go to test DO-160 indirect lightning, have the confidence that your unit will pass by doing your homework beforehand. Reach out to me at [email protected] if you have any questions. 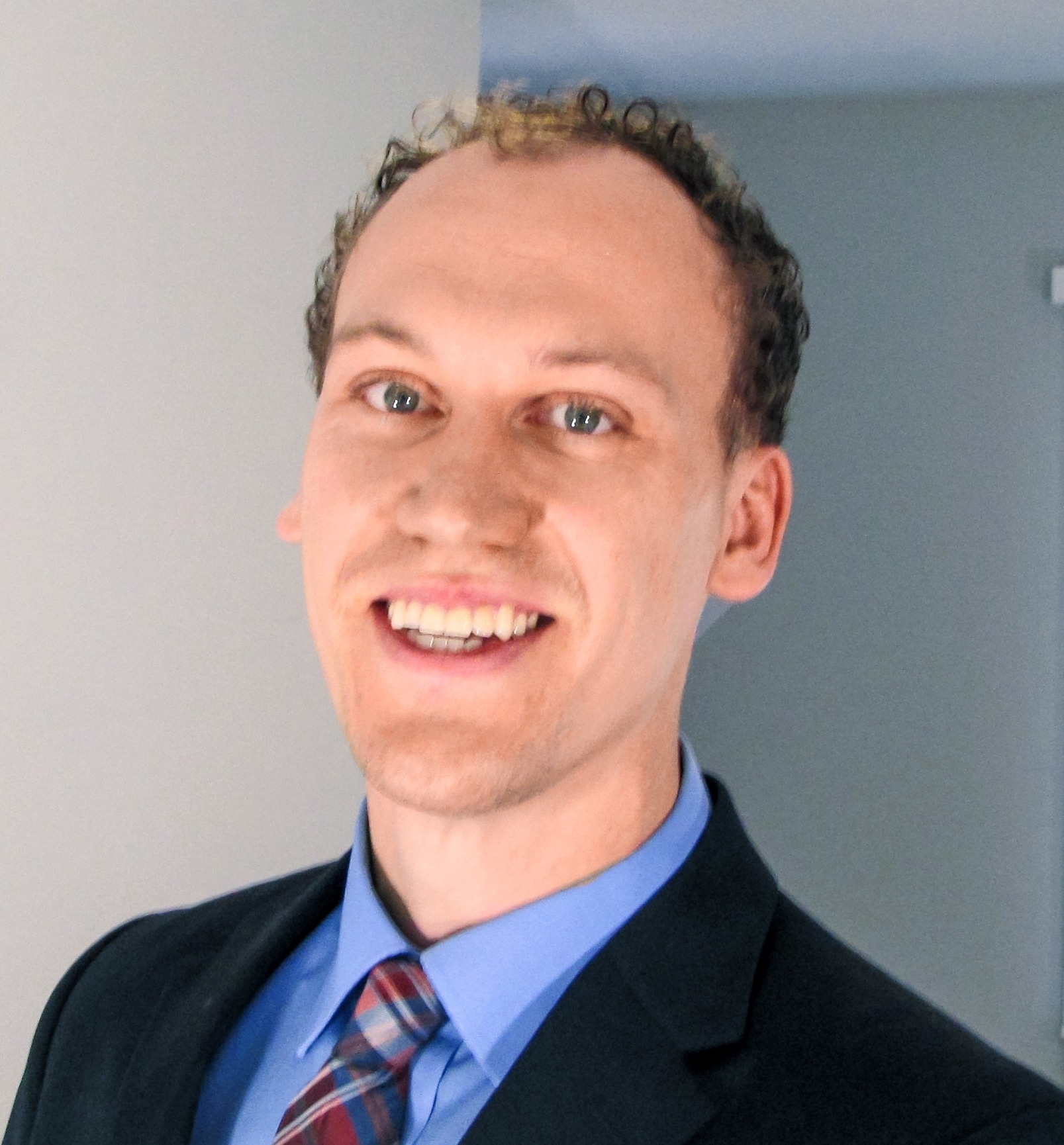 Patrick Albersman is an aerospace consultant and founder of Aerospace Pal, LLC. Patrick is an expert in electrical aerospace design and RTCA/DO-160 compliance and has worked in aerospace for over 10 years. After graduating from the University of Minnesota, he started his career as a design engineer at Goodrich / UTC Aerospace Systems. Patrick became knowledgeable in DO-160, designing mission critical sensors to the most stringent lightning and HIRF levels in aerospace. After leaving UTC Aerospace, he worked at Sensata designing automotive parts and later Orbital ATK designing advanced weapon systems for aerospace. Patrick started Aerospace Pal in 2014 to help engineers and designers meet RTCA/DO-160 aerospace requirements through consulting and DO-160 training. You can reach Patrick at AerospacePal.com or by email at [email protected].

Can you imagine a world without electronic devices? AR asks and answers this question in its new blog series: “Specifying RF/Microwave Power … END_OF_DOCUMENT_TOKEN_TO_BE_REPLACED

Sponsored by Schurter SCHURTER’s innovative FMAD CEE and FMAB CEE connectors, according to IEC 60309, feature a first of its kind integrated line … END_OF_DOCUMENT_TOKEN_TO_BE_REPLACED