“Soapbox:  Also, soap box; an improvised platform, as one on a street, from which a speaker delivers an informal speech, an appeal, or political harangue” (dictionary.com).

Well, it may feel like a harangue, but the fact is that the U.S. Department of Defense remains on its soapbox about the potential impacts of continuing changes in the arena of spectrum use.  Rightfully so, IMHO!  Access to the electromagnetic spectrum (EMS) is critical to the success of all military operations; it seems that wired systems are quickly becoming a thing of the past.  Spectrum is the thread that ties all operations together.  Military operations rely on spectrum for their mobility, information superiority, accelerated operations tempo, targeting and accuracy.  Spectrum has, in fact, become another warfare domain that must be controlled along with land, air, sea and space for communications, sensors, radars, navigation, electronic warfare, identification, and guidance systems.

However, the DoD’s spectrum requirements are actually increasing due to bandwidth, sensor and information transfer requirements, while spectrum resources have declined due to transfer of federal bands.  Some examples of both increasing use and declining access, courtesy of the Defense Spectrum Organization:
-Operations in Afghanistan/Iraq require ten times more bandwidth than Persian Gulf War.
-DoD had only one Unmanned Aerial System (UAS) in 1998, but had over 5000 in 2008.
-Federal government lost exclusive access to ~ 5 GHz of spectrum since 1980.
-Omnibus Budget Reconciliation Act of 1993 and Balanced Budget Act of 1997 repurposed 237 MHz (under 5 GHz) of Federal spectrum – all used by DoD
-Relocation from 1710-1755 MHz required 4 years — DoD cost of $355M, Federal Gov’t cost ~$1B (reimbursed).
-FCC’s National Broadband Plan, NTIA’s 10-Year Plan & Presidential Memorandum (June 2010) call for 500 MHz (both Federal and non-Federal) to be reallocated to commercial broadband use this decade

While a variety of technical working groups and organizations are analyzing the impacts of repurposing spectrum and the possibilities of sharing bands, it pays to bear in mind that the DoD uses spectrum differently than commercial wireless, in that mission effectiveness comes first.  Some general differences include:
-DoD systems use spectrum based on physics, performance requirements, and platform limitations.
-Mobility, reliability, redundancy and security are issues for both commercial and military spectrum systems, but these operational factors increase by orders of magnitude—and are paramount—for DoD systems.
-DoD sensors often require extreme resolution translating to unique spectrum demands.
-DoD mission requirements are less comparable to commercial systems and more like public safety systems (which have unique requirements for network coverage with robust, reliable, secure communications).

So, the spectrum community is in high gear developing a DoD Spectrum Strategy in support of the National Military Strategy that addresses the aforementioned issues.  They are investing in spectrum-efficient technologies and more capable spectrum management tools to address challenges while balancing national defense and economic interests.  Hopefully all parties, not just the DoD, are putting a greater emphasis on efficiency and technological solutions to solve the increase in spectrum demand—not just robbing Peter of spectrum to pay Paul. 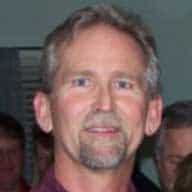 10 inches narrower and 20 pounds lighter than a standard 4x60/100 amp filter panel, with no reduction in performance or quality. Designed for secure … END_OF_DOCUMENT_TOKEN_TO_BE_REPLACED

Presented by AH Systems - This bilogical Antenna provides an inexpensive solution to wide band applications. Whether testing inside a shielded … END_OF_DOCUMENT_TOKEN_TO_BE_REPLACED