The approach is also self-correcting in that should the linear gain of the antenna drop to less than 1 as can happen in lower frequency test systems (say SANT / SISO = 0.9), the gain in dBi will become minus, resulting in the system power requirement equaling the base power level PLUS the antenna gain.

So far so good.

We then built on this by converting all phenomena requiring more system RF power into loss-blocks and adding the loss blocks to the system diagram as shown in Figure 2.

Later on, we will simply add the overall dB loss of the blocks to the antenna dB gain to obtain the ‘overall system gain’ such that we are back to Figure 1, with the rightmost block amended to represent the system gain.

This approach, combined with the graphical representation described in the AH Systems webinar [Link Here] provides superb understanding / visualization of the system behavior across the band of interest, and uses the power of dB notation to simplify power computation.

In this particular blog entry we will concentrate on the mismatch presented to the system by the antenna.

We need to convert the antenna VSWR phenomenon into the ‘basic loss-block form’ shown in Figure 3.

The VSWR loss-block must obey the form of the equation in Figure 3, that is:

We need to establish Pout / Pin. We start with the classic VSWR representation as applied to an antenna shown in Figure 4a. Note in all cases below, the antenna symbol represents any type of antenna and the measurement plane is at the antenna connector.

By inspection we can see that Vinc is the input to our loss block and Vnet is the output. Again by inspection

Here we introduce ρ, the reflection coefficient at the measurement plane. This is equal to the ratio Vref / Vinc, so Vref can be written as ρVinc. This is shown in Figure 4b.

of Figure 4a becomes the

To do this we convert all voltages to power with reference to the characteristic impedance of the transmission line (cable). That is: –

For future reference that is

Rearranging to make Vnet2 / Zo the subject of the equation

But looking again at Figure 4b, Vref = ρVinc, where ρ is the reflection coefficient presented at the measurement plane 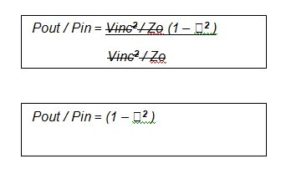 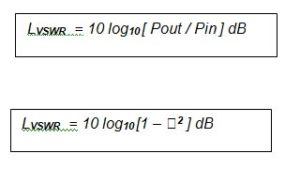 One last little trick and we are there.

And at last we have our VSWR loss-block (Figure 6) 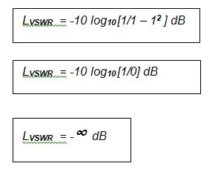 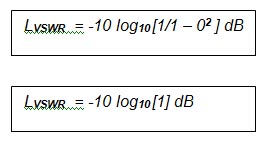 As a further step, we can now place this VSWR Loss-Block in front of a perfect match antenna (VSWR = 1:1 over the entire antenna frequency range).

Sponsored by Schurter SCHURTER’s innovative FMAD CEE and FMAB CEE connectors, according to IEC 60309, feature a first of its kind integrated line … END_OF_DOCUMENT_TOKEN_TO_BE_REPLACED

Presented by AR - With so many different categories of components and systems with their own specific needs in terms of EMC, it is no surprise that … END_OF_DOCUMENT_TOKEN_TO_BE_REPLACED

Presented by Quell - Filter seals can be used to retrofit any connector with EMI and transient protection. Download this application note to learn … END_OF_DOCUMENT_TOKEN_TO_BE_REPLACED